Throwback of the Day, where I post some old random picture from the past and share a story about it. 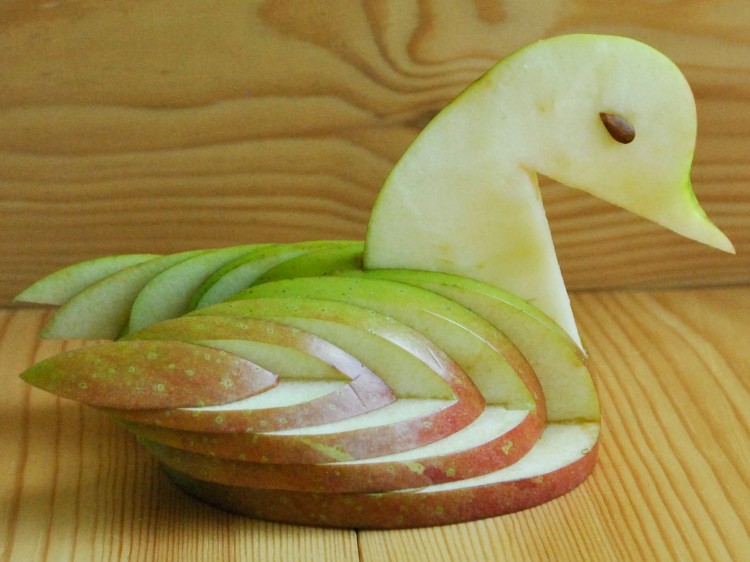 The above picture is merely a representation that I found on Google, and looks nothing like the swans, my father, the chef, would work up. His were so fancy, they were works of art, that I was loathe to eat, because they were beautiful.

My father was a certified chef, being sent by the Air Force to world-famous cooking academies to hone his craft. He cooked for the likes of Dick Cheney and Donald Rumsfeld, when they visited a military base, where he was one of the top chefs, back in the 80s.

Thanksgiving was a big deal in our home. My father didn’t just cook for the family, he would make enough for a small battalion and invite them to our home to share the meal of the day. The meal generally consisted of ham with cherries, cloves, and pineapple, turkey, giblets and gravy, southern corn pudding, candied yams, stuffing, mashed potatoes, cranberry jelly, rolls, and a sweet potato pie with whipped cream, to top it all off. It was a feast.

Surrounding the feast were works of art, crafted out of food, including apple and orange swans and marshmallow figures. I don’t recall my brothers or I being allowed to eat any of these crafts, but, as I said, they looked so amazing, it was a sin, to me, to even think about destroying them, in any way.

I have tried a couple of times, in my adult life, to duplicate the feast that my father used to put together, but I soon realized that cooking like that was a monumental task and you have to have love for cooking to do it. I enjoy cooking, but not enough to put an entire night and day into cooking and then spend the rest of the night cleaning up. Unlike my father did, in those days, I don’t get to take leave on the days following Thanksgiving. That’s too much work for having to be at work right before you start cooking and then right back to work right after you finally get it all cleaned up (while I am on a tryptophan low, no less).

I definitely don’t have the talent to decorate my table the way my father did. Despite the madness of my upbringing, the Thanksgiving meal will always be a fond memory that I cherish from my childhood.

Get DizzyDayz & The Dizzy Crafter directly on your Android or Apple device!